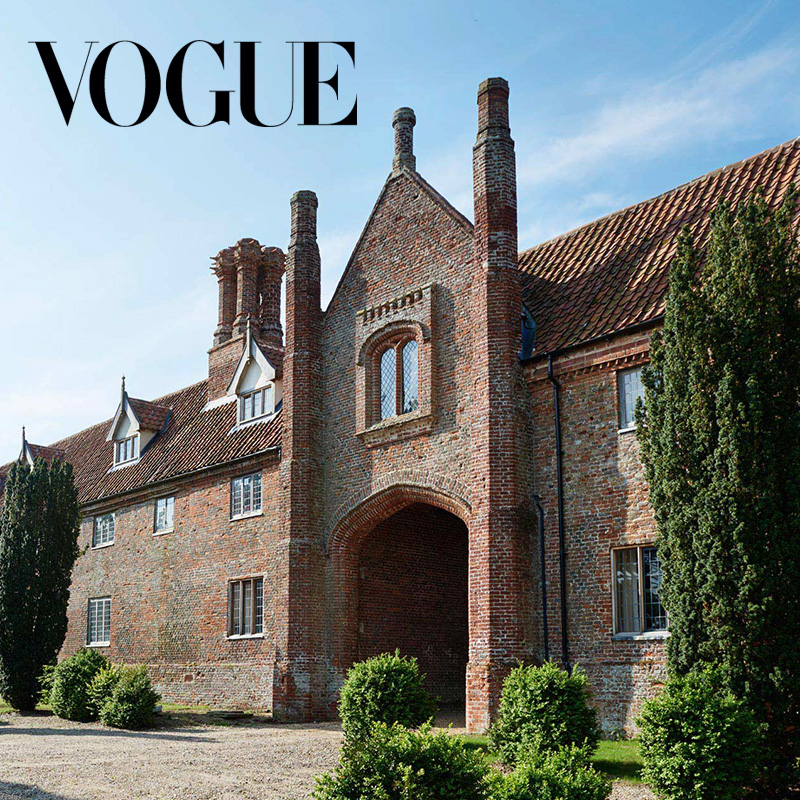 Hales Hall are delighted to be chosen where to stay in Vogue’s Autumn Breaks Best Weekend Getaways In The UK October 2019.

Best for:
Leisurely strolls along the windswept, marsh-studded coastline followed by a well-earned local ale in one of the region’s countless pubs.

Where to stay:
You would be hard pressed to find a lovelier place to stay in Norfolk than Hales Hall. Set across five different buildings – the oldest of which was built in 1478 – each room in the medieval estate has its own style, but expect four-poster beds, roll-top baths, and open fireplaces. Vogue’s favourite spot? The rose-covered Cottage, with a private walled garden. Tear yourself away from its lovely interiors to ramble across the Norfolk Broads National Park, featuring hundreds of miles of waterways, rare bird species, and wildflowers.

Where to eat:
Norfolk pub The Gunton Arms boasts art by the likes of Damien Hirst, Lucian Freud, and Tracey Emin on its walls – but its moreish food offering will still dominate the conversation. Order the venison, sourced from the nearby Gunton Hall’s 18th-century deer park, and a range of traditional British puddings, from blackberry jelly with ice cream to buttermilk pudding with honeyed figs.

If you only do one thing:
Wander around Norwich’s Cathedral Quarter, a labyrinth of cobblestoned streets lined with medieval buildings, before dropping into the city’s traditional open-air market – one of the oldest in all of Britain.

We are open for weekend bookings, holidays & staycations.
Please contact us on hello@haleshall.com